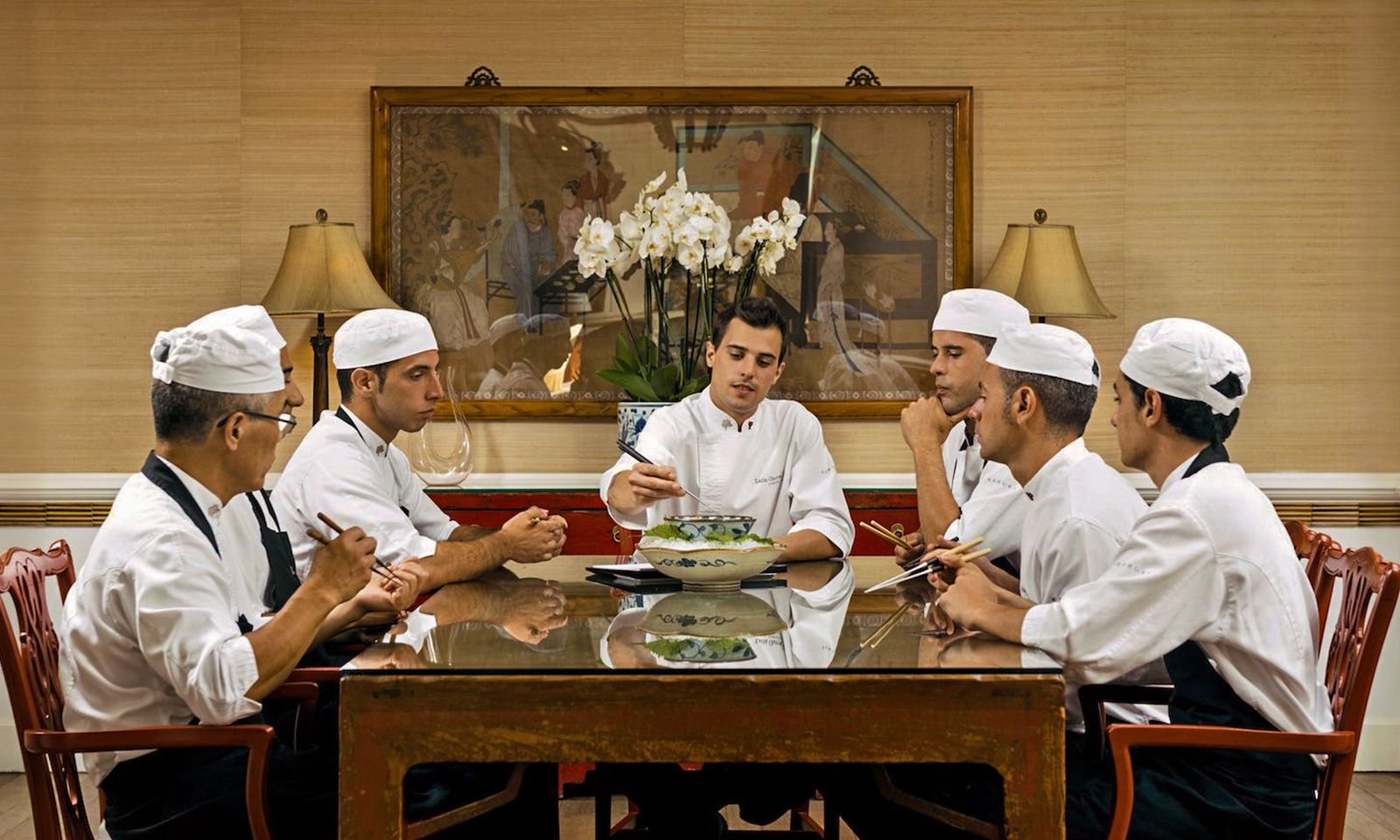 Spain is a country rich in gastronomy. The myriad of eateries that treasure the most mouth-watering and well-prepared recipes, which have scooped one, two or three—the ultimate accolade afforded only to those offering exceptional cuisine—Michelin stars, are proof of that. Malaga offers a whistle-stop tour of six restaurants that currently share the province’s well-deserved eight Michelin stars, among which Kabuki Raw—headed by chef Luis Olarra and part of the Kabuki Group—merits a chapter of its own.

Luis Olarra, a Basque through and through, began his career firmly ensconced behind Etxanobe’s stove in Bilbao. He later became a bright pupil under the wing of the great Martin Berasategui. Those first years of training prepared him well to make the jump to elite-level kitchens; and jump he did as he entered the Kabuki universe. He spent the first three years perfecting his training and blossoming under Ricardo Sanz’s mentorship at Kabuki Wellington, the Group’s flagship food premise. Those years served him as a springboard to a glittering career as the gastronomy engineer of Kabuki Raw, the company’s arguably most influential restaurant in Malaga.

This is how chef Olarra bridged the gap between the North and the South and turned Kabuki Raw’s cuisine into the best Japanese-Mediterranean fusion. In other words, his hands have mastered the perfect marriage between Japanese and more traditional Andalusian cuisine, which has yielded sumptuous dishes such as Tortillas de camarón salvaje (wild shrimp fritters), Ajoblanco (chilled garlic and almond soup), or Usuzukuri de toro (bluefin tuna loin) and pan de mollete (soft bread muffin). 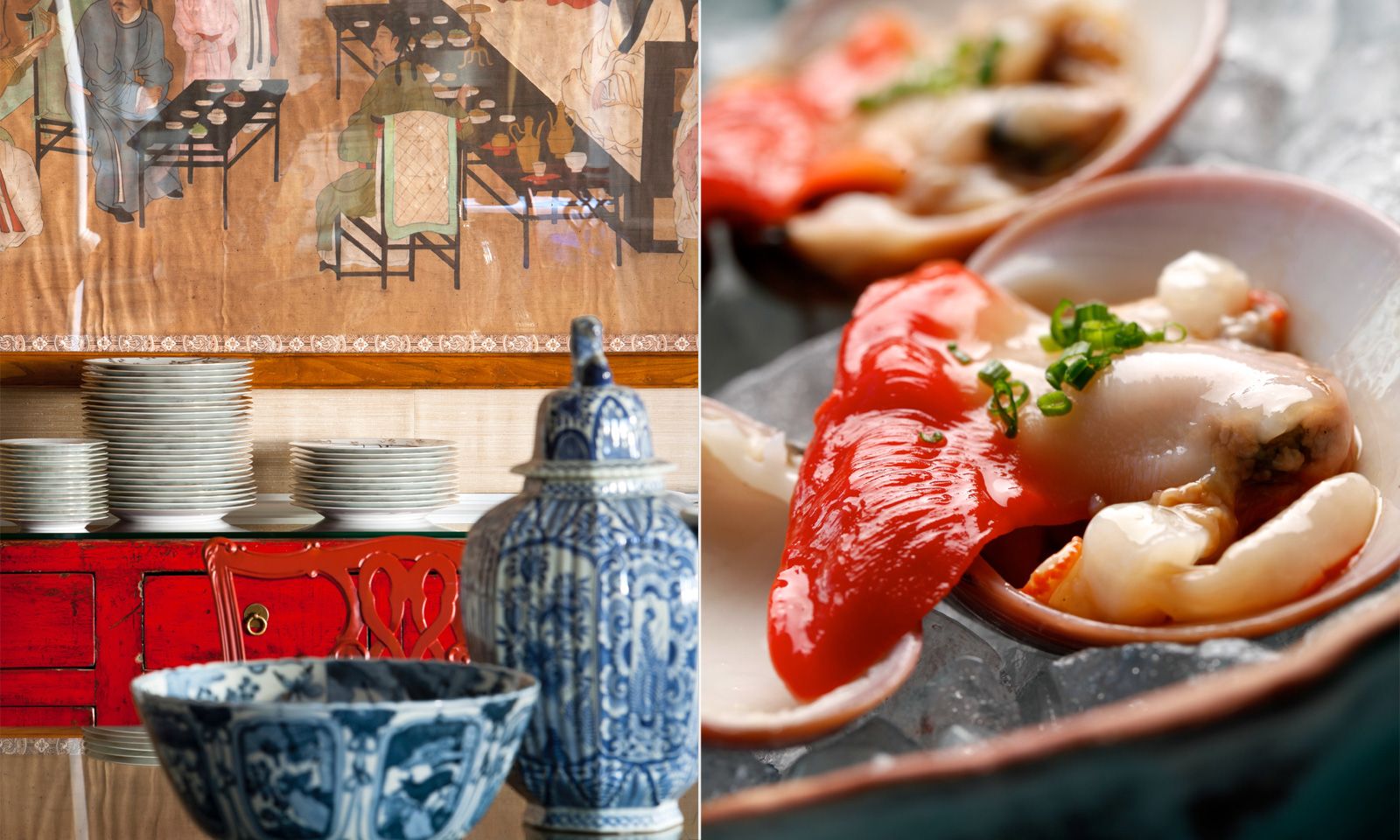 What Chef Olarra’s Cuisine At Kabuki Raw Is All About

Casares—between Marbella and Sotogrande—is home to Finca Cortesin, a luxury hotel ranking top in the international arena and the setting that has been hosting Kabuki Raw since 2013. Elegance and distinction are to the fore in this Kabuki offshoot (one of the six establishments owned by the Kabuki Group), which collected one Michelin star as early as 2015 and has further scooped two Soles Repsol.

The best way to enjoy the Kabuki Raw experience is to indulge in its tasting menu. This is based on Kabuki theatre, a classical form of Japanese dance-drama that developed throughout the late 17th century and reached its zenith in the mid-18th century, and is known for its heavily-stylised performances, the often-glamorous costumes, and the elaborate kumadori make-up worn by performers. In this make-up technique, colours and patterns symbolise aspects of the actors’ characters. Only a few colours are used in kumadori make-up: red (AKA), blue (AO), and brown (CHA). 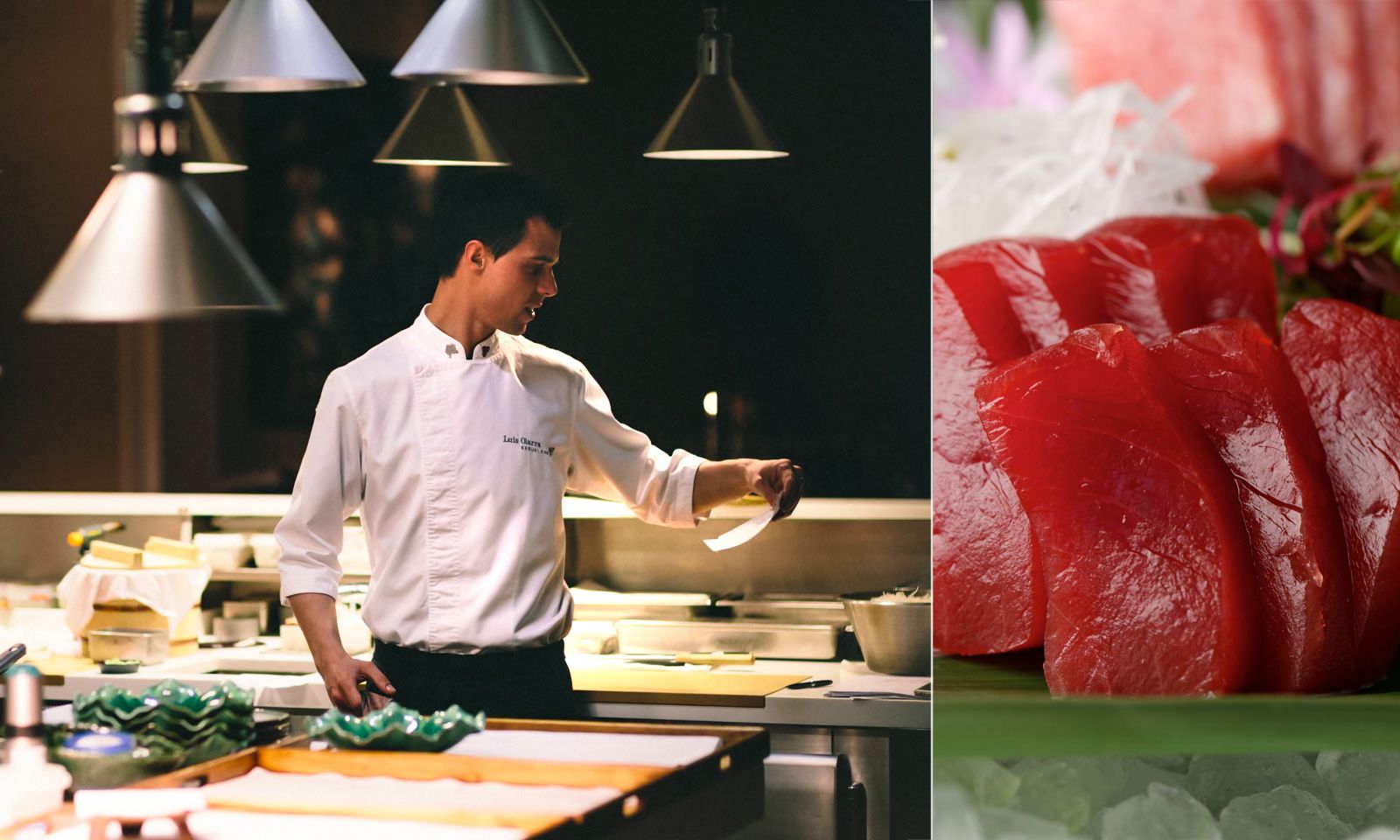 This is at the core of the Kabuki Raw tasting menu, which is divided into three parts or colours: red being the appetisers that will pave the way for the meal ahead and cleanse the palate; blue, where cutting techniques such as sashimi and usuzukuri come into play; and brown, which is the essence of Kabuki Raw, the Mediterranean fusion of its dishes and a different way to experience Japanese cuisine. The tasting menu includes a final part, known as Camino de las flores (the flower path), which will draw the culinary experience to a fancy end (however, it must be noted that this is not the dessert, which is called Kanmi).

Highlights of this lavish experience include the restaurant’s rightly famous Tortillas de Camarones (shrimp fritters)—as part of the menu’s red/first bit—, the lush Usuzukuri—as part of the blue/second section—, and the chef’s special sushi selection—as part of the brown/third part. The tasting menu is crowned by the Camino de las Flores in the form of black cod (gindara) marinated in Biscayan red miso sauce. As for dessert, the Kanmi section featuring Camomile Flower Sorbet and Nameraka (coconut and pistachio dacquoise with creamy chocolate and vanilla ice cream) will round off the meal nicely.

We are certain that you no longer entertain doubts as to whether you should taste Kabuki Raw’s Japanese-Mediterranean experience by Luis Olarra.