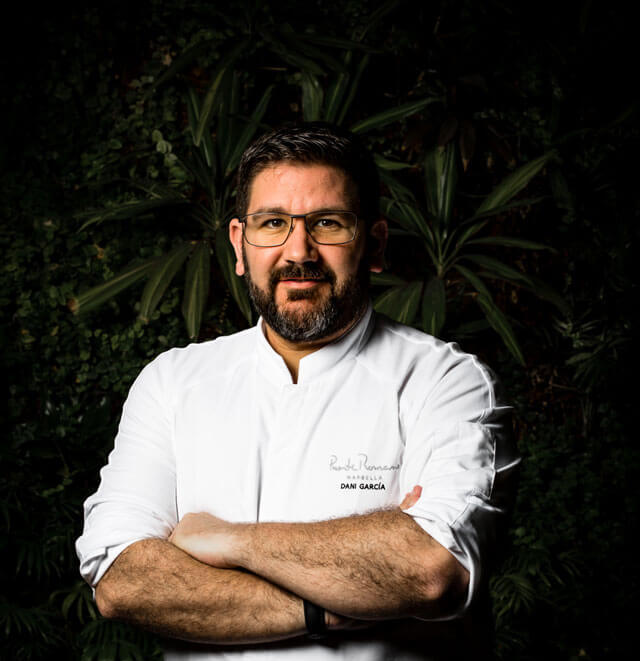 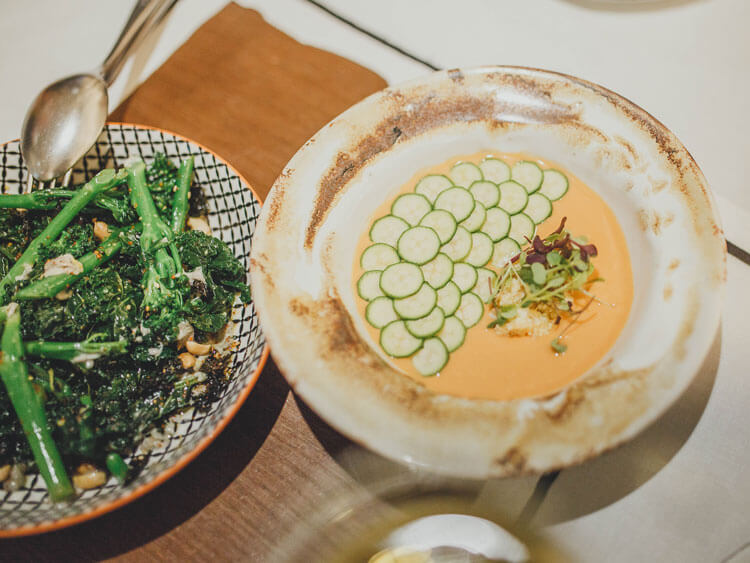 After reaching the pinnacle of national and international cuisine, Marbella-born Dani Garcia is now fully ready to focus on his project, what truly makes him happy, and the things that fill his cup, as he himself points out.

In a recent interview, chef Garcia admitted that after leaving the Michelin race, he felt at peace with himself.

The cordon bleu chef emerged from under the wing of the family restaurant Tragabuches into one of the most exciting chefs in the country. The gamble paid off and now, 20 years on, he owns four brands: BiBo, Lobito de Mar, Leña and Dani Brasserie in the recently opened Four Seasons Hotel in Madrid.

Few chefs have contributed as much to Spanish food as Dani Garcia over the last two decades. In his early stages at Tragabuches, he had free reign to cook exactly what he wanted and felt free to experiment with interesting food options, whilst staying true to his distinctive and emerging own style—i.e. championing local produce and advocating a farm-to-fork philosophy (which was still rather unconventional back then), and creating Andalusia and Malaga-inspired and produce-led recipes, while also bringing a sense of freshness, a touch of youth and a riot of colour—. Such achievements stood him in good stead to scoop his first Michelin star.

Chef Garcia left Tragabuches after six years, but it was six years that prepared him well for a career in elite-level kitchens. With steely determination, he then moved on to Calima, where he stayed until 2013; here his cooking matured and he continued to encapsulate everything great about modern, seasonal Andalusian cookery. It was at Calima that he received his second Michelin star, which shot him to international stardom as the first Andalusian two-Michelin-starred chef. A few years later, in 2018, he was awarded his third Michelin star, thereby succeeding in securing his place as a legendary and one of the country’s most celebrated chefs. However, this milestone was, in turn, a turning point in his career.

Before the astonished gaze of fans and peers, in late 2019 Dani Garcia sent shock waves through the food world when he served a final meal and announced plans to close his eponymous and inventive three-Michelin-starred Marbella restaurant, which was a pure distillation of his maverick cooking style. His decision was firm and clear, as he assured a national radio channel, “I want to feed thousands instead of hundreds”, and he then added, “I want to stroll about while half the world enjoys my cherry gazpacho.” It is little surprise that he defined his change of course as being at peace with himself. “Twenty-five years in haute cuisine definitely take a toll on you,” said the ambitious chef. 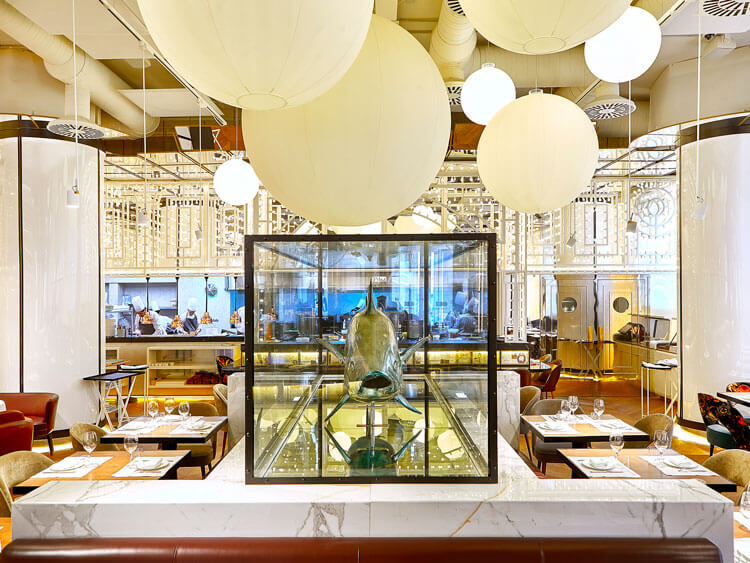 He is currently determined to continue growing internationally and to penetrate into Miami, New York and London, and, later on, into Paris and Cannes. Nothing stands in this top chef’s way.

Chef Garcia’s seriously accomplished cooking could be defined as traditional Andalusian cuisine with a daring twist. For years on end, he has been setting the bar for seasonal Andalusian cooking by making primitive recipes more refined. He is enthusiastic about espetos de sardinas (sardines skewered on a river reed and grilled over olive wood), prawns, cañaillas (a type of winkle, although instead of being your regular black rounded winkle, cañaíllas are somewhat larger, yellowish in colour and spiky), Olivier salad, boquerones en vinagre (vinegar-marinated anchovies) and coquinas (wedge shells) with just that little bit extra!

The ‘artisan of flavour’ is also cooking up a storm with his BiBo, Lobito de Mar and Leña restaurants. His brands are defined by ‘casual’ haute cuisine for everyone, but each brand is a breed apart. BiBo is brasserie dining for those looking for simple yet well-executed recipes and spirited reinventions of traditional Spanish tapas; a concept designed for sharing that paved the way for a namesake catering that has become the envy of the Spanish eventing circuit. Effortless coastline chic design is the name of the game at Lobito de Mar, which brings the delights of the Malaga coastline to Madrid and a taste of the sea to the streets. For its part, Leña is a steak house where meat takes centre stage. 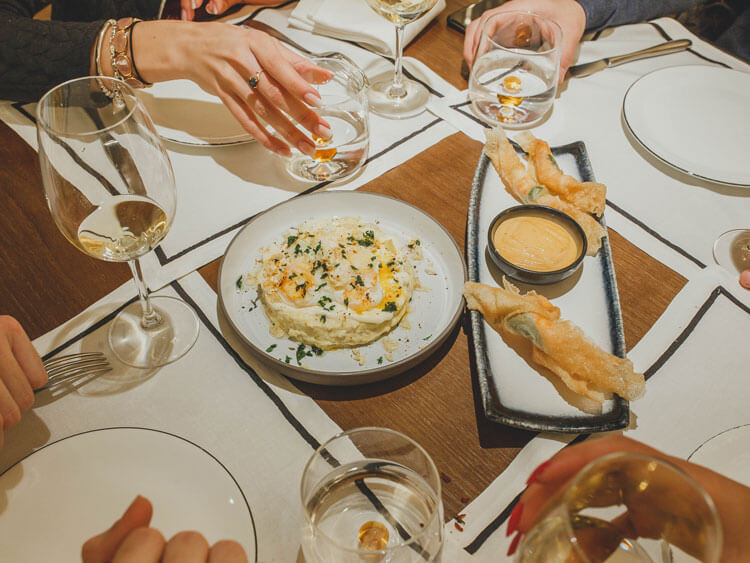 As for chef Garcia’s iconic and popular dishes and most lauded specialities, it is worth mentioning his nitro tomato. The way this creation came into being is worth telling: an apprentice who blossomed under Garcia’s mentorship had to prepare cod with tomato for a cookery contest and his chef recommended that he stuff a tomato with cod, put it in a mould, make a ball out of it and plunge it in nitrogen, and finish it with a tomato sauce. They named this technique nitrogel—nitrogen and gelling agent—. Then came the sweet version of this dish.

His well-known cherry gazpacho. After some final touches, the recipe finally came in the form of a cherry gazpacho with cheese snow, anchovies and pistachio nuts. The idea came to Dani Garcia when he sampled elBulli’s frozen foie powder with corn soup. It tasted heavenly and this motivated him to attempt to create his own hallmark version.

With Fondo del mar (which translates as seabed) Dani Garcia recreates a highly valued coral reef area in Marbella, and devises a potato salad with seafood – a feast for the senses and a dish that is particularly popular with diving enthusiasts.

Stew with caviar. There is a secret and sheer magic to this dish; this is clarified stew broth with a pinch of salt provided by aged bones, caviar and a thin slice of tongue that is braised in the stew. This dish is meant to be enjoyed in two parts to fully experience the fusion of flavours: dig in the first half of the dish without the tongue and then the other half with the tongue, delish!

And for dessert… the chef’s all-time favourite dulce de leche (a traditional caramel spread) with biscuits. This milk froth with biscuit ice cream shook things up when it was served for the first time.