What more can you ask for?

The roads less travelled bordering Sierra de Grazalema and Sierra de las Nieves reveal one of the most beautiful—and uncharted—landscapes in Spain.

This is untracked and unspoilt wilderness at its awe-inspiring best. Riders looking for a no-frills touring extravaganza will experience soaring limestone mountains, breathtaking gorges gouged out of the limestone by the rivers running through, clear streams to bathe in in the summertime. And dramatic plunging valleys peppered with holm oak, cork and chestnut groves, all surrounded by pictures white-washed villages and perfectly paired with fresh local produce and fine wine.

What more can you ask for?

Do not let the term ‘road trip’ put you off; driving along these roads is the best way to get lost, come across out-of-the-way and inspirational places, discover inland Andalusia’s charm, and take in the stunning scenery. Trust me, you will not regret it.

Our route will follow the A-369 road, but we will make some essential detours so as not to miss out on any must-see wonder.

Our first stop is Gaucin, a typical hillside town dramatically perched on a balcony in the mountains of the Serrania de Ronda. Literature greats such as Richard Ford, Francis Carter and Gerald Brenan fell hopelessly in love with this town; and, today, several international artists—whose works can be visited—have made Gaucin their home. 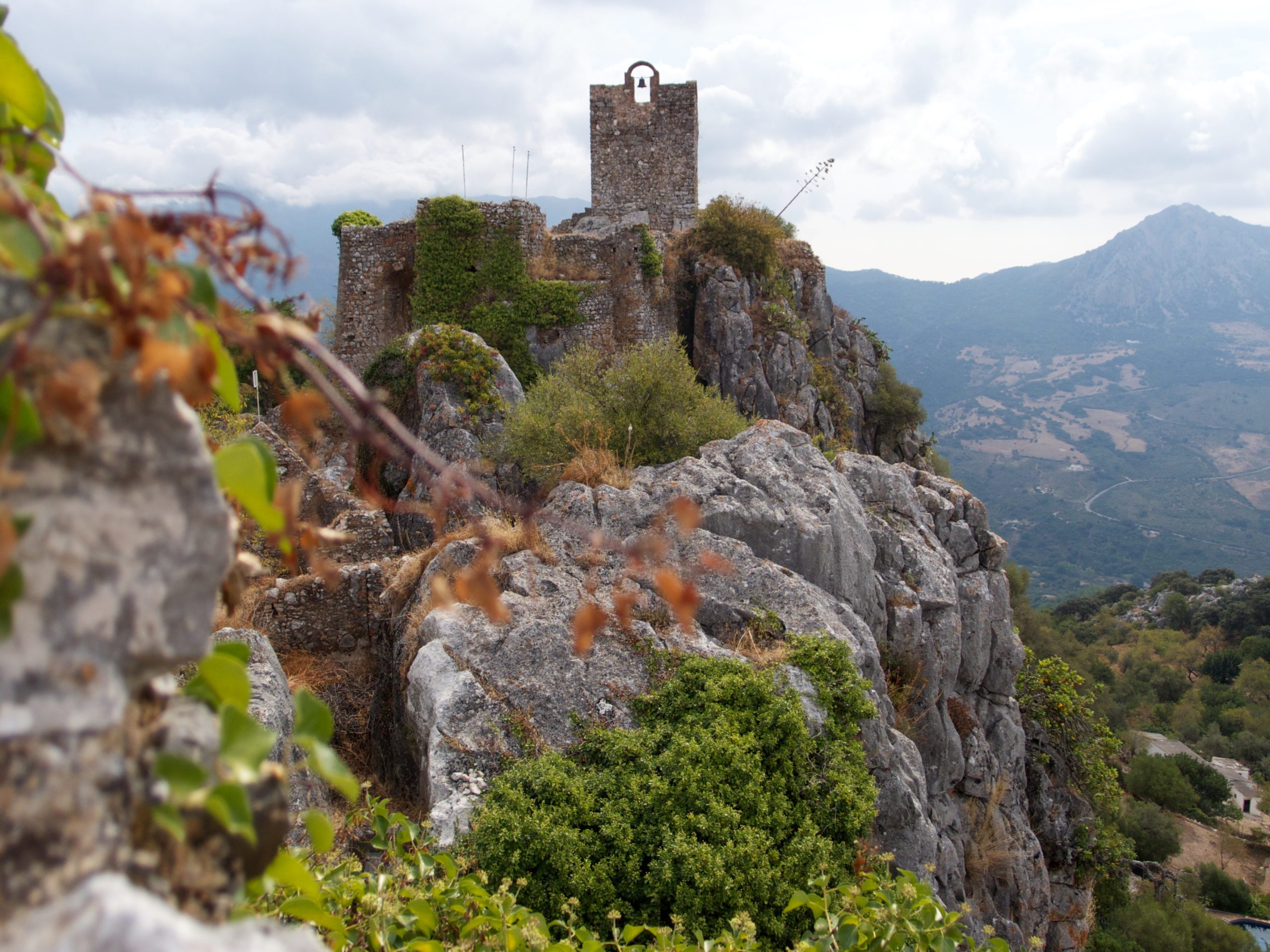 Highlights include the Castillo del Aguila, a Roman fortification that blends into the mountain, where majestic eagles can be sighted soaring over the site. Worth a pit stop are also the town’s Ethnographic Museum and several eateries serving locally-sourced produce.

Although we are back on the road and headed to our next stop, how about making a brief detour to the Mirador del Genal? It offers a vantage point to marvel at the picturesque white-washed villages of Alpandeire, Fajaran, Jubrique and Genalguacil, the top of the Torrecilla peak, and—on clear days—the Rock of Gibraltar.

We arrive at Jubrique, a quiet, picturesque white-washed village. In fact, it is so quiet and peaceful that the serene silence in Jubrique is only occasionally broken by the chitchat of barely 600 dwellers and the rhythmic sound of nearby lumber mills. The village’s gentle slopes and winding streets are dotted with arches and gates (postigos), and make for a lovely stroll. This is the perfect place to get lost, only to find yourself again.

Although the area was once—more than a century ago—the wine capital of the Genal valley, the few remnants that remain of its glorious wine-growing past are today only found in the vines that embellish some façades, and in old popular sayings, such as the one that reads:

“Those who enjoy tasting

the liquids coming out of the alembic,

shall not find tastier ones

than those from Jubrique.”

From here, we will follow one of the most scenic trails in the province, which runs along the Genal River and reveals a dramatic fairytale landscape of forests and rolling hills flanked by the river.

We are now headed to Algatocin. Affording the most impressive views, this stretch of the road runs parallel to—and is virtually carved out of—the mountain side on the one side, and along the edge of the precipitous hillside, on the other side; and boasts spectacular views of the lofty mountains and green valleys.

Legend has it that the name of this village comes from a Moroccan Berber tribe and was adopted in honour of Princess Algatoisa, the daughter of the second Moorish king of Ronda—who commissioned the construction of the castle that was once used as a summer residence and retreat, and which today houses the church—. 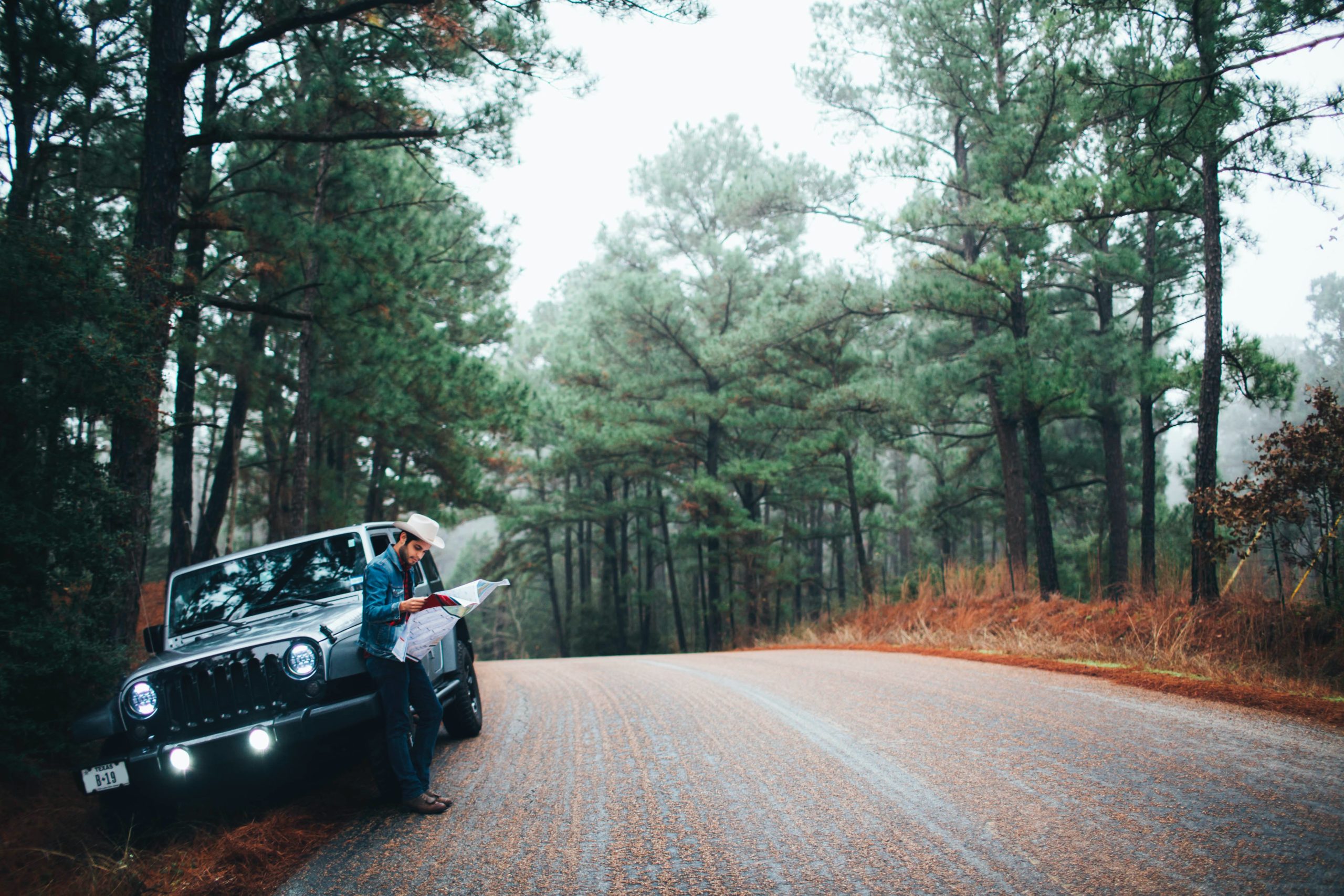 Benalauria is well worth a detour. A pretty and clean town beneath the flapping clotheslines providing a riot of colour and crispy clean scents, Benalauria boasts an Ethnographic Museum that is perfect to learn about the area’s old customs, crafts and farm work—from nurturing olive and chestnut groves, to preparing meat in the slaughtering season—. It is easy to miss this little hidden town as you drive along the main road, but keep an eye for it, for you will inevitably succumb to its charm. Here you will relish the chance to sample some of the region’s delicacies, which include meats, mushrooms and chestnuts.

Our road trip takes us to the province’s smallest municipality, Atajate; a true must visit. A vantage point affording breathtaking views heralds the arrival in the quiet and peaceful village, which—with little over a hundred inhabitants—features a few well-tended narrow streets, pretty windows dressed up with colourful flower boxes, and San Roque Church. But mind you, the village is also home to about fifteen entrepreneurs who produce a delicious grape juice, which we down happily before setting off to our final destination; Ronda. 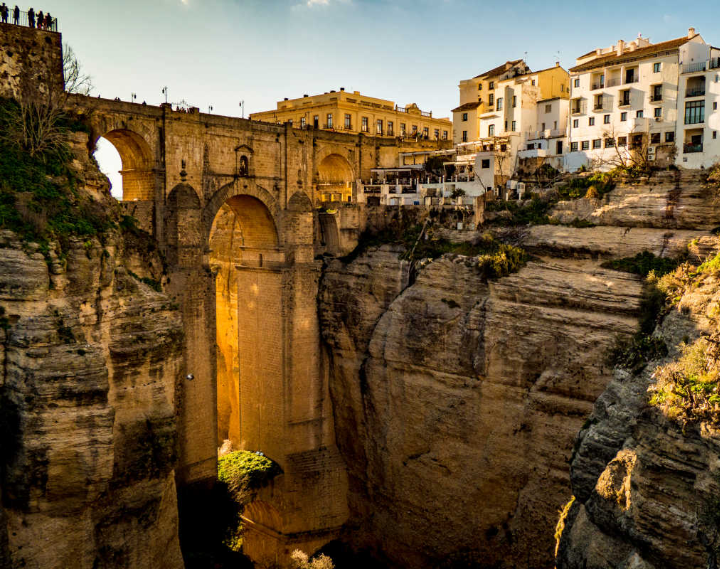 We step on the gas and enter the Sierra de Grazalema, and make pit stops at the various viewpoints along the way to marvel at a mountain range that is rich in natural flora and fauna.

As we arrive at the ‘dream city’, the views from this angle are even more impressive. Its monumentality leaves us speechless and, yet, we cannot stop praising this place. We are in awe of nature and its wisdom, and wonder how was it able to trace such a topographic divide, and how has man been able to unite it in such a magnificent way?

Ronda raises many a question, and the answers dawn on us when we finally park the car, start strolling around the city and truly experience its splendour.