“Where is that fascination and yearning for a typical Andalusian city, for better people? Where is that safety for after, that time that has stopped? Lo and behold, this is it, Ronda, Serrania de Ronda.”
“Ronda high and deep, categorical, profound, round and high…” 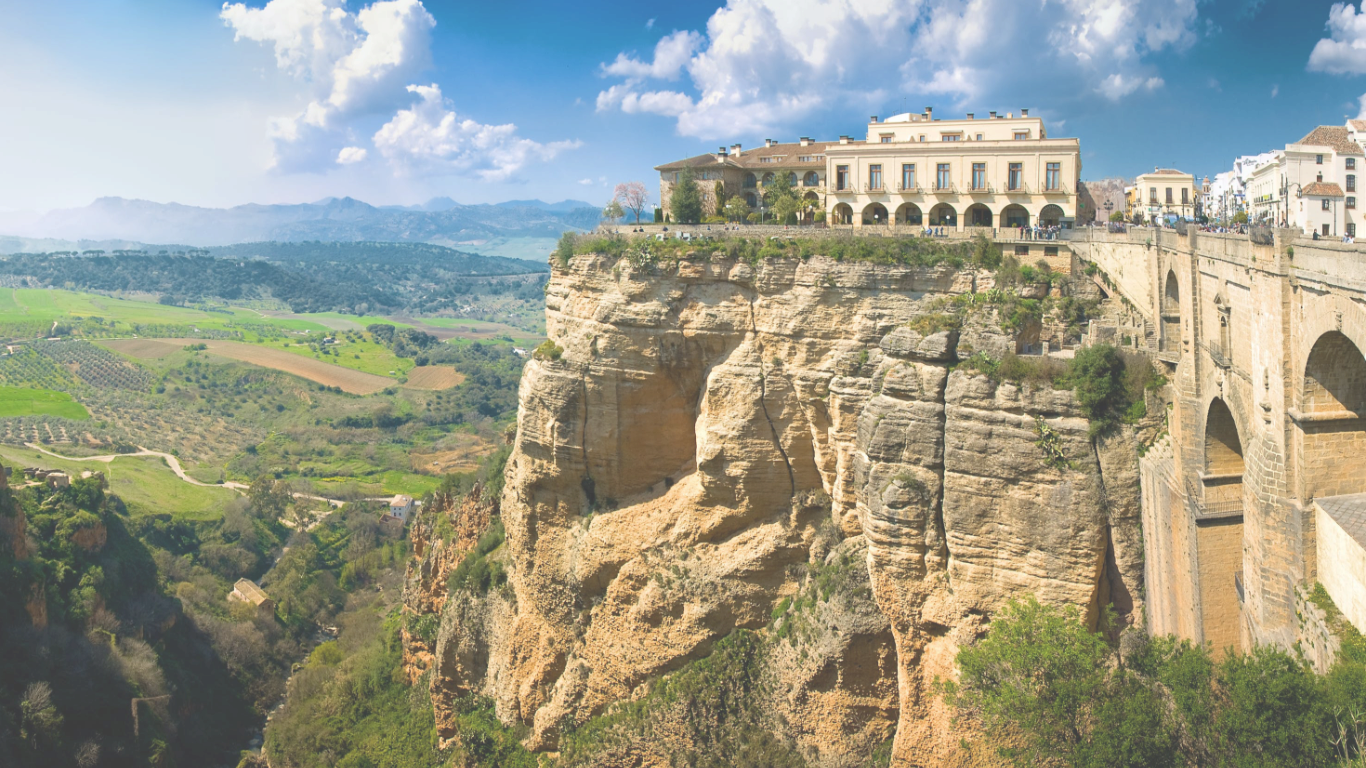 The poet Juan Ramon Jimenez perfectly described Ronda’s splendour in his work. And he was not the only one: Alberti, Lorca, Borges and even Hemingway dedicated a few words of affection to this city.

A dream city and destination of choice for romantic travellers who envision a land of bandits and bullfighters. Ronda is one of southern Europe’s greatest wonders. Such is the fascination that this town inspires that it has become known to all as the ‘dream city’.

There is no place in the world capable of exuding such magic. A city bathed by the Guadalevin river and divided in two by a canyon and—in turn—united by the Puente Nuevo, an architectural marvel that stands over 100 metres high. A city with cliff-edge buildings, captivating cobbled streets, and period architecture typical of the 19th century. An iconic and unique city. A city with real charm.

After calling at Ronda for a brief period of time, another great poet—Rilke—wrote:

“The spectacle of this city, sitting on the bulk of two rocks rent asunder by a pickaxe and separated by the narrow, deep gorge of the river, corresponds very well to the image of that city revealed in dreams. The spectacle of this city is indescribable and around it lies a spacious valley with cultivated plots of land, holly and olive groves. And there in the distance, as if it had recovered all its strength, the pure mountains rise, range after range, forming the most splendid background.”

“… that is why it was such a wonderful success to have found Ronda, which summarises everything I have wished for: a Spanish city looked upon in a fantastic and impressive way…”.

Ronda definitely has it all. Embraced by natural-resource-rich and fertile natural parks, where a great variety of animal and plant species coexist, Ronda is blessed with a historic city centre boasting some of Andalusia’s most iconic monuments. Its streets are a sight to behold and treasure its people’s poignant stories. Its modest and sheer beauty, peppered with dramatic ravines, leaves locals and visitors speechless.

A Land of Bandits

The lofty city mountains afford some impressive panoramic views of the Sierra de las Nieves, which was once a haven for bandits. In fact, up until 1934 it was the territory of the last Andalusian bandit—Juan Jose Mingolla, also commonly known as ‘Long Steps’—a crook whose story is well worth delving into.

Such is Ronda’s bandit past that the city houses the Museo del Bandolero, an ideal museum site to learn about the romantic and tragic stories of, among many others, El Tragabuches, El Tempranillo or El Pernales.

However, the reality is that words fail to describe Ronda. They do not do Ronda justice. The way the city perches on top of the walls of the gorge and suddenly appears as if out of nowhere has to be seen to be believed. And the history of this fortress is too fascinating to just experience it without reading about it.